What is the best laptop for software developers? 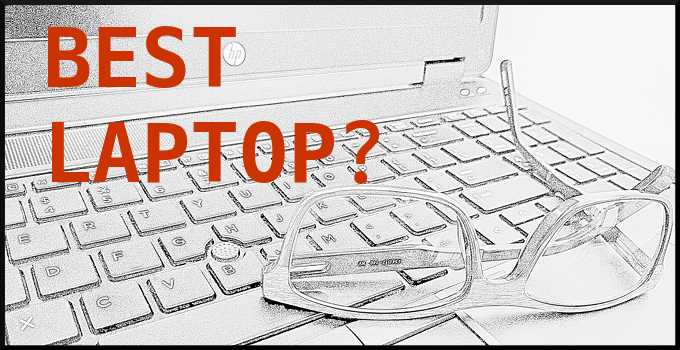 Sometimes new developers ask me, “So, what’s the best laptop for a programmer?” It’s an important question. As a “software crafts(wo)?man”, your computer isn’t just your tool belt - it’s your pickup truck, miter saw, lathe, awl, bulldozer - all rolled into one. You need a reliable and performant machine that empowers you while staying out of your way as much as possible. It’s an important question, but the answer no doubt reminds you of a certain brand of adult diaper - It depends...

At this point I usually push back for more information to make sure they aren’t missing an optimal solution by prematurely limiting their options: Are you sure you want a laptop? The question is a little like, “What is the best light-duty pickup truck for pulling a mobile home?” Just like the best truck for pulling a mobile home is not a pickup truck, the best machine for a software developer is not a laptop at all - it’s a desktop workstation.

If you never leave the office, don’t get a laptop - get a stationary monster truck hunk of a desktop workstation. With laptops you’re currently limited to a maximum of four cores due to battery and heat dissipation concerns. With a desktop you can start thinking about high frequency light-dimming CPUs with six cores or more, or even this 20 core monstrosity! And without chassis space as an limiter, you can explore various RAID configurations for extracting additional performance or fault-tolerance from those grease lightning SSDs.

Assuming you really do want a laptop, what is the best laptop for a software engineer? Again, consider your circumstances.

How often are you really coding on the road?

If you only travel occasionally and live in an area with decent internet, you could get a something like a budget Chromebook(affiliate link) and remote into your stationary supercomputer. This is a doubly good idea if your travel takes you through high crime areas.

What type of software are you writing?

Small apps and web widgets don’t require much horsepower to develop, so your options open up significantly. You might be tempted to spring for the swanky Dell XPS 13 . It’s a solid and super portable dual core laptop, but make sure that a 13.3” screen with near 4K resolution is big enough for you. My advice would be to look into other less expensive offerings from Dell, HP, and Lenovo and compare them to the “Mobile Workstation Checklist ” below, minus the “quad-core” requirement.

If you’re writing enterprise level behemoths, spring for the best mobile workstation you can find (or better yet, convince the company to buy it for you!). In the enterprise, you could be working on a silly toy app one day, and a monstrous million line monolith the next. The HP ZBook is an excellent mobile workstation, and you can often find them used on eBay. High-end gaming laptops are another choice, but the graphics cards are overkill for most programming projects, and their styling tends to look a little too juvenile for certain programming pedigrees.

Let’s assume that you travel enough to make a portable workstation worthwhile. What should you look for? This checklist should get you started.

So where do you find this mythical mobile creature? First let’s see how popular development machines stack up against our checklist.

A great many developers go for a high-end MacBook Pro(affiliate link) . They’ll set you back around $3000, but they’re solid, they’ve got quad cores, lots of people have them so the support is good. You can run Mac OS X and Windows natively. Plus you can usually resell it after a year or two and recoup a good bit of the value. You could even buy one used yourself, although due to their popularity, you’ll pay more for a used MacBook Pro than you would for other brands.

However, there are some downsides to the MacBook Pro:

If you’re in a Microsoft shop, you might consider a Surface Pro or a Surface Book(affiliate link) . They’re popular, fairly performant, and typically less expensive than a MacBook Pro.

However, there are some serious downsides to developing on a Microsoft Surface:

Because of the CPU limitations alone, I would recommend against using a Surface Pro or a Surface Book for serious development.

Look at the specs of a high-end Dell XPS 15 and it’s easy to see why a number of developers are choosing it over other options like the MacBook Pro. It pretty much nails all of the bullet points on our Mobile Workstation Checklist. It’s available with quad-core, 32GB RAM, and 4K matte screen options, and it just looks cool.

As with the other popular options, there are some downsides to the Dell XPS 15:

If you don’t have $3,000 to land on a new “devtop”, consider buying used. You might find a machine comparable to or even better than a MacBook Pro for $1000-1500. But you’ll need a little patience and some Google-Fu.

The biggest risk here is often the lack of a warranty, unless the original buyer paid for an extended warrantee and it’s still in effect. So you have to decide whether the risk is worth the potential savings.

Personally, this is the route I’ve found most effective. So far I’ve only had good experiences buying used laptops on eBay and elsewhere. If you do your homework on both the hardware and the seller you’ll usually be just fine.

In the next article in this series, I’ll give you some handy heuristics for finding a lightning-fast laptop that sets you apart from the crowd.

Let me know if I missed anything important in the Mobile Workstation Checklist .