Does This Compliment Sandwich Taste Funny to You? 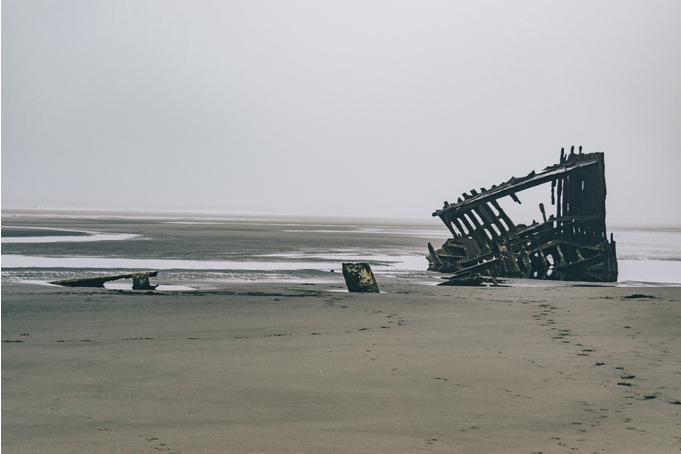 Photo by Sandra Seitamaa on Unsplash

Whatever important tasks hung spinning in the air around you darken to match your widening pupils, then plummet to the floor in a slow-motion Broadway disaster. Eight words and the serene, ever-smiling avatar of your boss.

Great, what did I do this time? Your gaze narrows into a slit, hackles rise. Your heart sees the onrushing flood of adrenaline and mounts a hasty half-baked escape plan consisting of a single bullet point:

“Please, please. Have a seat.” She smiles. Smoothing your skirt, you take a seat, trying to decide what nonchalant looks like, wishing the unhinged pile driver operator in your chest would take a lunch break.

“Listen, Alice,” She begins. “I just wanted to commend you for getting that report in on time last week. That was some quality work.”

Wow, she noticed my work! She never notices anything. Your eyes widen slightly in surprise, then begin beaming uncontrollably like two stalwart lighthouses, proudly sweeping the sea as a beacon to hard workers everywhere.

But there was something else. She shifted slightly in her chair, fiddled with a bracelet.

The lighthouses flumped and abruptly switched off. Ships crashed against the rocks. Sailors struggled, prayed, sank.

“Also, I really appreciate your punctuality. You’re always on time!” She puts on her most winning smile. “How do you do it?”

“I uh…” One of the sailors might have escaped the wreckage, clinging raggedly to drifting flotsam. “I… set my alarm?”

You got served — a compliment sandwich

As illustrated in the vignette, however, chowing down on a compliment sandwich can leave you with a bad aftertaste. Let’s discuss the pitfalls of this managerial delicacy, and if there’s any recipe that can save it.

The problem with compliment sandwiches

Alice felt real good when her boss complimented her about getting that report in on time. But those feelings were short-lived.

An intelligent person, Alice could tell that her boss was merely wielding a psychological tactic on her, and clumsily. Her boss rarely complimented her on other occasions, so Alice correctly picked out the criticism as the true payload of the message. The insincere compliments were just fluff, noise, padding, an annoying carrier wave.

In the end, Alice didn’t swallow a sandwich. She picked off the moldy compliment bread and swallowed down acrid criticism tuna.

As a thought experiment, what if Alice’s boss was in the habit of sincerely complimenting her employees, if every day she made a practice of “catching them doing something good?”

For one thing, the compliments would come out less awkward, less forced. As she trained her brain to see the good, she’d find herself seeing good everywhere.

Everyone would grow used to receiving sincere praise as warm as freshly baked bread. If one day a particular employee happened to get a hero roll featuring a slice of roast critique, it would likely go down easy, and appreciatively.

With an established history of dolling out loaf after delicious loaf from her compliment bakery, Alice could even consider taking the compliment sandwich off the menu. The air saturated with the warm aromas of trust, respect, and appreciation, she could lob an errant teammate a corrective meatball — straight up kind criticism, no filler, no filter, no layers. Perhaps they would appreciate her honesty and respect for their dignity as intelligent people.

A call for empathic transparency

We work with intelligent people. They see right through fumble-fingered attempts at psychological manipulation. You’re saying, “You do great at X”, and they’re thinking, “OK, can we just get to the criticism already?” The compliment, however sincere, loses value. The next time someone pays them a similar compliment, they may likely be reminded of the sharp sting of your criticism instead.

That’s the problem with using psychological manipulation techniques in general. Once people start feeling manipulated, they’ll start to suspect you of harboring hidden angles and agendas in everything you do and say, even when your behavior and intentions are as on-the-nose as they come.

Don’t try to be a shrink — be sincere. If someone really needs to work on something, just let them know, kindly. Make a compliment sandwich if you must, but only if you’re already known as the resident baker extraordinaire.