Hard up for hosting: From DigitalOcean, to AWS, to Heroku. 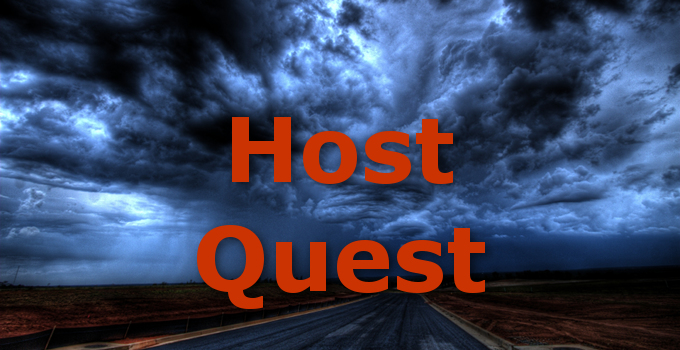 The year was 2016. I was a hobbyist with ideas to burn. Naturally, I needed an inexpensive hosting provider for my latest web app. Where would I start? Who would prove to be the elusive “hostess with the mostest?”

This is the story of my migration to and from DigitalOcean, AWS, and Heroku – the trial and error, the pros and the pain points. You’ve seen the archetypal hero’s tale. Now cinch up your belt, oil your sword. Prepare to experience firsthand the epic tale of a simple village hobbyist – and his quest for just the right host.

Background: The idea and the app.

I like to run . I followed a training plan as I prepared for my next race, but all the training plans had one thing in common: they prescribed different paces for different types of runs. For example, I was expected to adjust my pacing depending on whether I was heading out for an “easy” run, a “distance” run, or a “long” run. But what is an “easy” run? Give me the numbers in minutes per mile – how do I know when I’m on target? To find out, I would consult pacing charts based on a runner’s latest 5K race time and write down my prescribed pace for a scheduled run.

Manually looking up paces in pacing charts was tedious and boring. So I wrote an app to do it for me: RunbyPace . No matter where I am, I can lookup my prescribed pace for a given run type, and hit the ground running.

But where would I host my app? I didn’t want to spend much money. I budgeted about $5-10 a month for it. My search began at DigitalOcean.

Hosting with DigitalOcean: The savings (and the struggle) are real.

DigitalOcean was a great start. They have droplets that come pre-installed with the requisite tooling for different types of apps. In my case, I had a Rails app, so Ruby, Postgres, Bundler, Unicorn, and Nginx were all pre-installed and ready to roll on the rails. The biggest pain point I experienced surrounded updates – keeping the OS patched, updating the Ruby ecosystem, and pushing new versions of the app itself. It was all manual and difficult because of the droplet’s limited memory.

DigitalOcean got me going, but the pain of releasing new features made me want something more automated and more robust. I got interested in trying AWS.

Hosting with AWS: No one visits your site, but everyone could – if they wanted to.

After my DigitalOcean experience, I decided to give AWS a go. I signed up and qualified for AWS’ free tier, which meant I could have a little fun at limited cost – but for only a year.

With DigitalOcean fresh in mind, here were my goals with AWS:

I went all in with the AWS ecosystem. I moved my runbypace.com domain to AWS Route 53 and used their DNS infrastructure. DNS directed visitors to an Elastic Load Balancer (ELB), which then directed visitors to EC2 instances running dockerized versions of Nginx and my Rails app on top of the Elastic Container Service (ECS). On the backend we had Postgres running on AWS RDS. AWS also handled SSL certificates for me.

AWS was incredibly robust, but not pain free, and the pain machine was about to be cranked up to 50, $50+ per month! I looked into Elastic Beanstalk, which is supposed to deploy code directly to the cloud without the need to manage EC2, but it is expensive too! The cost would have been about the same as my previous AWS architecture. So our quest for the right hosting provider continues – this time with Heroku.

Hosting with Heroku: So far, so good

I just started using Heroku, so I’m still in the honeymoon phase, but so far things look pretty good. The price is good for my needs, and deployment is a cinch.

As I gain more life experience with Heroku, I’ll report back with new findings.

A respite in my hosting quest

Fellow travelers, we have reached another respite in this quest for the best hosting provider. We’ve met DigitalOcean, which is inexpensive, but leaves the burden of setup and configuration to you. Then there’s the Hilton of hosting, AWS. If you have the need for massive scalability and a bazillion 9s of availability, it’s one of your only choices. If you just want to dream dreams and deploy code, Heroku seems like the best fit, for now… Safe travels and happy coding!