From FUD to Friend? Shifting Impressions of Microsoft 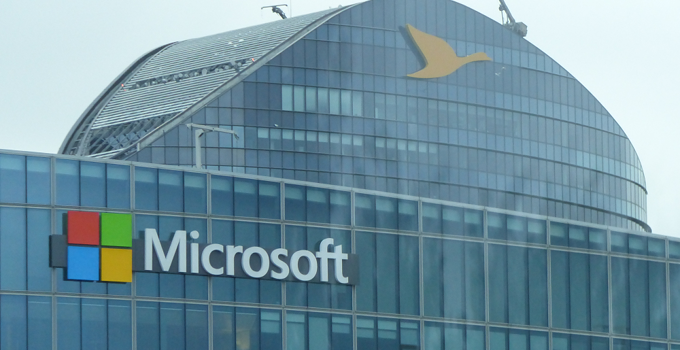 This morning I found myself musing on a warm and fuzzy feeling that lay pulsing deep within my soul. Upon examining it more closely, imagine my horror when I should see it represented by one word, so laden with fear and derision: Microsoft!

I don’t think I’m alone among honest developers in thinking that Microsoft has done an about-face in its posture toward the development community. Herewithin I shall promulgate that this transformation is due to a new-found humility on their part.

Ten years ago Microsoft seemed to go out of their way to get up everybody’s grill. Nowhere was their arrogance more prominent than in the realm of the web browser. I recall despising Microsoft because of their flagrant disregard for industry conventions and standards. As you caressed and finessed your code into place, everything fit smooth and snug into Firefox, Opera, Safari… and promptly exploded all over the place in Internet Explorer.

Microsoft: ‘XML 1.0? Of course we support that. We just decided the standard needed a few tweaks.’

You: [Incredulous] ' Seriously? Who do you guys think you are?! Oh yeah… Sorry Mr. Microsoft, um, sir. Here, you can have my Twinkie and um [stammering] my lunch money.

‘Microsoft does not play well with others. Needs counseling, possibly juvenile detention.’

Then you readjusted your glasses and proceeded to write all sorts of hacks and workarounds to make your website appear properly on IE. Sometimes you had to forgo certain nice-to-haves just because the workarounds made them impractical to develop. They were the big bully on campus; what else could you do?

Fast forward to the last quarter of 2014.

While not perfect, IE is much friendlier, more performant, more secure, and more standards compliant. I’ve even heard that some devs are choosing to use IE as their daily browser! I haven’t gone that far yet, but the thought doesn’t seem as horrible as it once did. Straying somewhat from the web world, many agree that MS has produced the best development IDE in Visual Studio, bar none. (Of course it’s also one of the most expensive, but hey.)

MS has also done a marvelous job of addressing the security flaws that so plagued earlier versions of Windows; the whole ecosystem is quite securable against likely threats, providing the securables are in capable hands.

Where did this seeming humility come from? Did Redmond realize that it was just better business sense? Was it because they were losing market share and couldn’t push people around as much anymore? (The bully stands alone) Was it due to more experienced, wiser, more socially aware staff? Perhaps it was all of those things. But the end result, whatever the encapsulated internal implementation looks like, their external representation is a humbler, better integrated member of the global development playground. They seem more keen on delighting and supporting their users, rather than savaging them behind the bleachers after school. Now they’re like that cool tenured math teacher you had in junior high - She’s been around since before you were born, she’s always there for you if you have a problem or a question. (Google is more like the eccentric math prof from college with the crazy hair: He’s good, but you don’t always understand him and you’re not sure how long he’ll be around. Sometimes you wonder if he sleeps in his car. You can’t really blame him; if you drove a Ferrari maybe you would too!)

In any case,  using Microsoft’s programming products in 2014 doesn’t usually make me  feel like slamming my forehead into the keyboard; more often than not I feel something tugging at the corner of my mouth when forced to program my way through the lush MS campus; could it be a smile?

Teacher: ‘Microsoft plays better with others.’